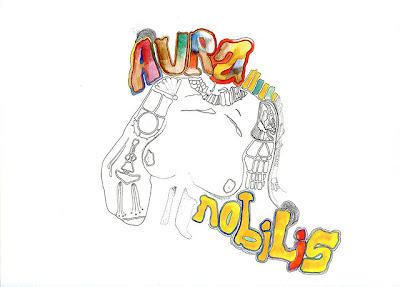 When I first became aware of the developing flora of my own breasts I also met with a new, more nested and impossible to shake kind of shame. I was maybe around thirteen, a juvenile performer in a folkloric operetta group that toured extensively. There was a group of twenty-something males in the dance group and musician core that eyed with appetence the young girls coming to term as the women their own age either moved off into marriage or the dust bin of excitement conquests gone dull. The accordionist, a man in his thirties, who until this juncture I'd looked up to as a family friend, began to single out my gaze during dance practice, and when certain he was being unobserved, would take his finger and trace out his own nipple through his shirt while staring at me. It gave me a queasy, repulsive feeling to be violated by his intrusions and I felt a deep shame to possess targets for this kind of looking, which I neither welcomed nor understood.

Ten years later while working at the old Movenpick in Yorkville I got hazed for not being a participant in staff parties. A couple of the waiters cornered me in the dish pit and held me by the arms while a rich frat boy shuved an egg into the breastpocket of my white shirt and punched it into my breast to break the shell. Not quite satisfied, he stepped back to reach for a cinnamon shaker so as to sprinkle brown dust over the yolk now oozing out from the fabric of my shirt. When they let go of me and left and I looked down at myself I knew something profound had happened. Even not knowing whether the throbbing in my boob or the humiliation or the sense of being ejected from the group was worst, I knew there was a symbol within a symbol there for me and I remember not immediately moving, even though in my mind I was already seeing myself finishing my cash out, changing and walking home.

Like many women, my breasts have been treated roughly during sex, slapped, pinched, squeezed as though they were insensate, bitten, spit on. Having also gained and lost weight many a time in tide with my shifting need for repelling armour against life in the world, my breasts lost their pert appearance and took on a more pendulant affect which lead to many notable and crestfallen responses when my lack of self-respect led me to partner with men who compared real women with their digitized sisters of perfection.

I'm moved to share these selected highlights because we're not supposed to speak in truth to experiences of this kind lest we be labeled whiners, or complainers, or professional victims. I think its a double standard I no longer care to endorse with compliant silence. I'm also in the grip of an awakening sense that for many women there's a 'me' and then there's my breasts. Something in me separated in shame from them, cast them adrift, banished them from the core integrity of my being, making them the locus for all my self-loathing and masochistic submission to a male cruelty that I alone called forth from my environment in order to punish myself like the flagellant I was, hellbent on a degrading, self-destructive mission. It seems we have no choice but to live out the teachings of early life before we can rewrite the programming in more enlightened script. So be it.

Nature is a focalizer. All of my self-hatred and revulsion for being an imperfect female lives in the breast. Our bodies are vortical maps that we colour in according to our weaknesses and woundings. But that also means, just as we can invest the negatives in our intimate geographies, we can use this same profanity to give us an exact playing field for a reclaiming of personal soil. We can only come home if we've lost our way.

Thusly, and to summarize, if a woman can make peace with the forsaken breast she can undo the vector to disease, and what's more, she can become a resonant buoy for the healing of the wider environment on this earth. I believe in this.