a note to the wise

Two thousand years ago Marcus Aurelius wrote:
"Our anger or annoyance are more detrimental to us than the things themselves which anger or annoy us".

Most of the time, you will find this to be true. Negativity strengthens the ego, but it weakens you. It prevents true intelligence from arising and dealing with situations and people. When you recognize its futility and harmfulness, it begins to subside. You can then face and accept situations and people as they are, without this unnecessary inner baggage. This is the beginning of wisdom in action.

With love,
Eckhart Tolle
at 2:04 PM No comments:

on the recent new moon in aquarius

The next 4 weeks is a time to fulfill your understanding of things, and see clearly what needs repair or reconstruction. We can all understand the need for new standards to admire and newer, more "perfect" ways to secure a better life. Keep establishing new connections, new emergent possibilities, and let go of any lurking ambivalence as you stand at yet another "portal of initiation." Here we are reintroduced to a whole new way to do our Being which involves walking on into the unknown. While some of this may seem like an ordeal, it's the logical result of what you claimed in 2005 that set up the new initiatives of 2010-2011.

Keep attuning to the invisible world, open to the larger field of light/life we all share, and find humor in a lot of the changes. The atmosphere may be "cool and dry," but there will also be some form of "cosmic visitation" that can electrify our lives and leave us in awe of how perfect Spirit works its magic. Take care of details, work or rework the plan, see what fits where, and renounce old roles while searching for a new effectiveness in your world. Find a fresh point of view uncontaminated by social or mental preconceptions, and allow your imagination to be guided by Spirit into a "vibrant simplicity."

Keep finding clear visions, information, and communications, and then figure out how to act to make those real or relevant to your emergent life. Find what your mind thinks it needs to make clear decisions, follow through in practical actions, and then feel what must be felt, experience what must be experienced, and get clear about what you're feeling so that you can find even newer views and understanding.

So get new information, new understanding, and new views of what's possible in the future that helps you separate from the past. Then do what must be done with decisiveness so you can experience your emergent life with new feelings. Venus in Pisces with Jupiter in Taurus can make our lives much more tender and compassionate, so take the chance to feel deeper than before now, and you could become more universal and non-separate in the process.

Mars and Saturn are both on the threshold of going stationary retrograde. Saturn will retrace the final 8 degrees of Libra, so the next few months we'll be taking a new look at lessons we've been moving into since October. Mars will move back to early Virgo, so expect slowdowns and returns or renewals wherever you have Virgo, Aries, and Scorpio.

There are hard turns coming through easy understanding, so keep it simple, accept rewards when offered, see the broader context of your mission, and promote efficiency. This time can help us "cut to the chase," see the openings resulting from the "liberating ordeals" of August 2011, and be our "sculptor self."

Curb pessimism, think outside the box, and cultivate your spiritual rapport with others. If appropriate, study, read, and write, or at the very least, get a grip on your mind and speech, but without rigidity or narrow thoughts dominating the process.

Follow through, remember that some limitations are more boon than bondage since they help us focus our potency, exchange ideas to further fellowships, and figure out what you really venerate rather than the old social roles that squashed your individuality. There is a tremendous liberation and new ways of being an individual promised by this Lunation, so think, decide, and then feel with an eye to getting in shape for the stable harmonious future to come that's been promised by what we've cared for this past Autumn.

We've been through two "cosmic visitations" and two revelations of a new way of being that renders our old patterns obsolete. Welcome to the third "cosmic visitation" that will complete your understanding of the larger rhythms swirling around us. More rewards and harvests to come through mid-March!

[read Robert Wilkinson's full article here]
at 11:43 AM No comments:

the role of detachment in self-realization 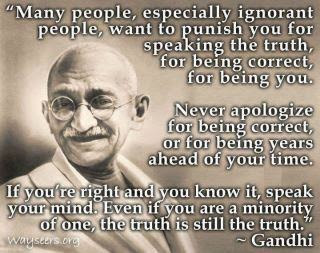 adversarial dynamics are key to developing not just awareness of self but the power to transform limits into new gates to unbroken horizons. during times of interpersonal conflict, an able-ness to resist the temptation to counter-offensives, retaliation and revenge-schemes is the arena within which real detachment can be practiced.

only when you can take the lash of outright slander and not flinch, not even feel the stroke in its harm intention, only then does one have the chance to exercise this potent skill of practical magic. feigning detachment when circumstances permit, or as a pretense masking a more chronic indifference and lack of engagement with reality, these might con one into thinking a sort of personal liberation has been attained. unfortunately these are the sorts of false consolations that verily lead to the brittle and smug self-assurance which prevents the deconstruction and shedding of old skins and distorted lenses.

the art of war sagely advises that one should never completely humiliate or strip down the dignities of the adversary if peace, security, and non-violence are core aims. sometimes, when the opponent is powerful in their reach but impossibly mesmerized by self-justifying perceptions, a temporary theater must be constructed to lead the opponent into the delusion most suited to maintaining the ego's cherished immunity, protecting it from inconvenient truths.

this means elevating your resonances above the level where the conflict chooses to play, turning the other cheek, and failing to actively obstruct anyone's dissembling and falsehood schemes. instead, the holy trickster empowers the opponent with what appears to be an inevitable and assured endgame victory. thusly distracted by their own unchecked certitudes, the easiest disengagement is to be had, for you've left them as you've found them. in their drama. because other people are not your business. meanwhile the hardest practice of all, not returning fire with fire, poison with poison, or passing on exponentially increasing pain and karma, has been faced, engaged, and profited from. this is the road less travelled where you will always find kin, the hunters everywhere of wisdom, love and freedom.

equations may guide but they may also mislead...

wherever you have distortion, you'll find a compensation. its a law that operates in the plastic-fantastic structural world, within the play of informational substances in the blood, even in our psychology. the trick is to never assume simple equations like 'this always equals that.' while there are generals, its the idiosyncratic particulars that point to the inner argument that even the self in distress can't articulate or see for plain...
at 2:17 PM No comments:

the net dynamic between unconscious and conscious centers is of an irrational, non-deterministic nature. things that don't make sense according to causal laws or probability trends, things which bypass reason and impact at the level of numen are the things which transform the hard fist of inner noise and self-hypnotism. thusly no matter how intractable a complex seems, no matter how tempting to apply the heat of even more analysis, in a startling reduction the following mantra always applies... 'your only problem is that you think you have a problem...'
at 7:54 AM No comments:

the thing about the affects

we're conditioned to find them one way but they partake of duality just like we do. there is a healthy, righteous and lovely side to anger just like there's a base expression of it. the interpretation and spin are ours to own. anger simply shows up in the drag we insist it wears, but its pliable enough to show a different face anytime we like.
at 4:21 PM No comments:

the talking cure guilds have had to acknowledge of late the abysmal success rates achieved among the more intractable psychological problems, a reflection of their limited, dogmatic contents and rather lacking methods for therapist self-assessment and skill development. the injection of consciousness and language itself seems to defeat the quest for illumination and change. i'm starting to believe you really have to get your hands on a person to help break through structural amnesias and distortion zones.

and there's a fantastic safety mechanism involved. it can only work if the appropriate bodyworker with the right tools matches up with a person ready to deconstruct their old patterns and explore new ones. thusly, though it can feel like someone is 'working on you,' the client still has to take an active role in the experience and as much responsibility as the worker. you can't really say the same of a talking cure scenario. you can unintentionally mislead your therapist far afield from the critical understandings that might aid you, but the body under an awake hand cannot lie.
at 8:48 PM No comments: 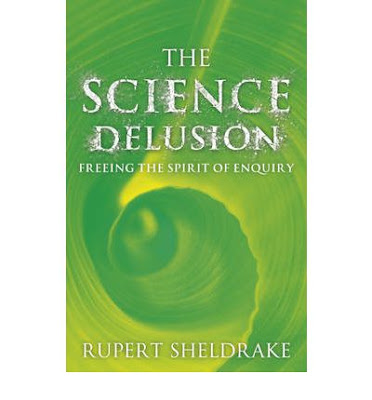 finally.... serious counterargument apropos the fixed madness of whitecoat scientific dogma, the articles of faith that have so curtailed progress and enlightenment... trade in old robes of rationalist fancy which by definition must exclude inconvenient facts for more comprehensive models that demand new paradigms and ways of looking... exciting! bravo rupert!

you can order an advance copy prior to the May 2012 US/Canada release through this UK purveyor...
at 9:37 AM No comments: