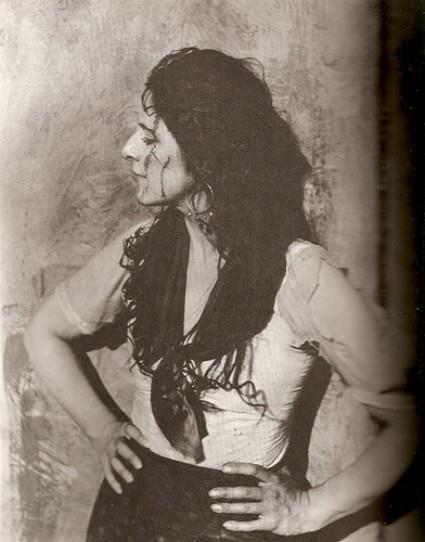 "The unconscious sends all sorts of vapors, odd beings, terrors, and deluding images up into the mind; for the human kingdom, beneath the floor of the comparatively neat little dwelling that we call our consciousness, goes down into unsuspected Aladdin caves. There not only jewels but also dangerous jinn abide: the inconvenient or resisted psychological powers that we have not thought or dared to integrate into our lives."

[Joseph Campbell, The Hero with a Thousand Faces] 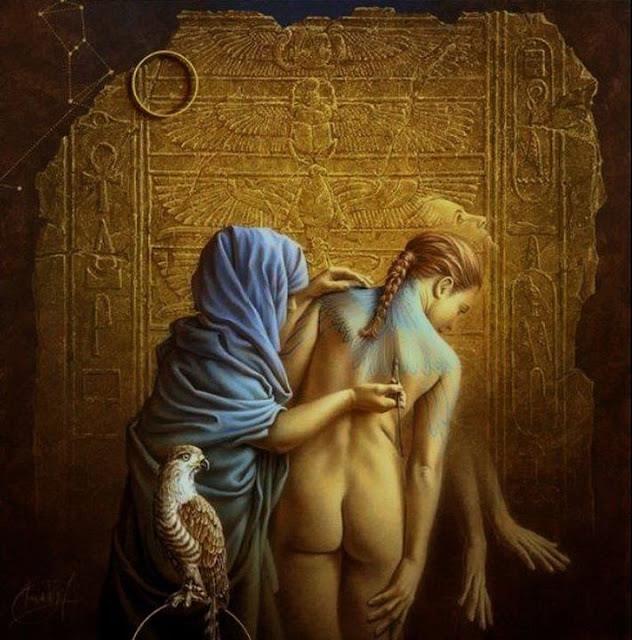 "The Egyptian Book of the Dead is full of spells for becoming a bird - a swallow, a falcon, a heron, or the benu bird the Greeks identified as a phoenix, the bird that is reborn from the ashes of its own funeral pyre. Sprouting wings was clearly one of the preferred Egyptian ways of entering the Otherworld and embarking on a happy afterlife. The ba soul is already winged; it is depicted in many inscriptions as a human-headed bird coming or going from the body of the soul traveler."

[Robert Moss, The Dreamer's Book of the Dead]
[artwork by Poen de Wijs] 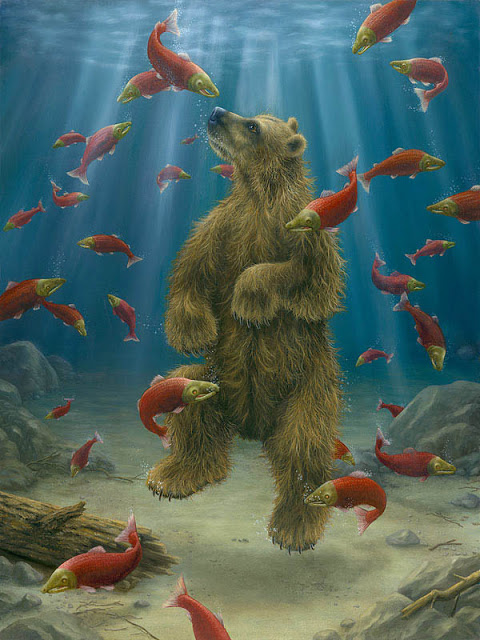 Jackson Morisawa the Kyudo instructor at Chozen-ji in Hawaii writes:

"Hara is the seat of Life, the centre of intrinsic energy. It is also referred to as a state of mind in the development of one's character. One who controls the hara is not likely to loose his balance or composure. Who has hara does not consume himself or spend himself completely. He learns to anchor himself in the hara, and can shake off disturbances of the body and mind and alternately release himself from the ego and return to the deeper power of the "original being", the will is silent, the heart is quiet; and one accomplishes his work naturally without effort." 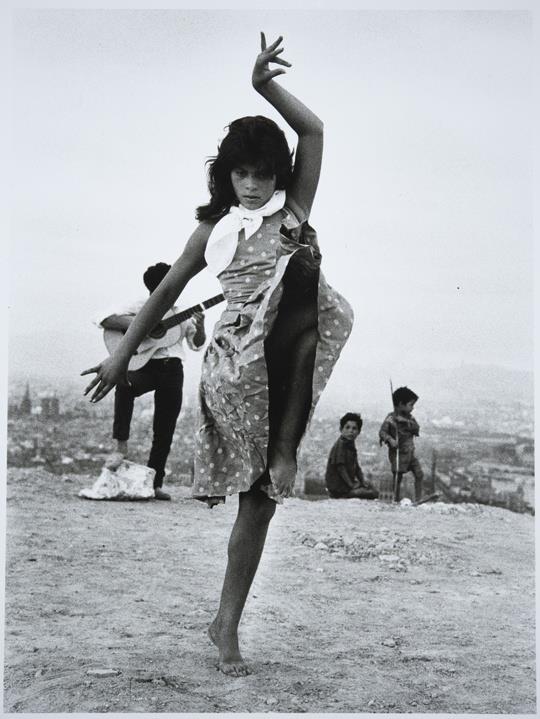 La Singla Antonita's miraculous story:
From birth, Antoñita La Singla suffered in severe pain. Her Mother, Rosa, took her to several doctors. It was suggested that she had meningitis - But the truth, it was finally learned, was that the girl was deaf and mute.

Rosa: "First I panicked, then started fighting to save her. Dr. Ramos was my last hope. He said that maybe she would start talking when she turned seven or eight years, if not, then forever she would remain silent."

> As a small child, Antonita captured words with her eyes and seemed to guess the sounds coming from the guitar strings.... And then came the Miracle: At eight years of age the girl spoke. One word, sweet, loving and eternal...a single word, that was the beginning of the miracle. After this beginning came profound effort, determination, and the will to recover the years she had spent in silence.

She began dancing rumba, fandango, and bulerías with mastery... She was being called the heir to Carmen Amaya. And with Carmen Amaya made her film debut in the film Los Tarantos. She played in a number of theaters around the world. It is said that the real miracle of La Singla was that while she was deaf she danced with grace and duende.

She began to speak at age 16, and retained a childlike personality. She captivated audiences with her dancing - her "duende" - Of her it is said that she had perseverance, willpower, and the courage to regain the lost years. Her mother too was tenacious – Rosa armed herself with strength and will to raise her daughter in the way that she did - [Gypsy Chronicles] 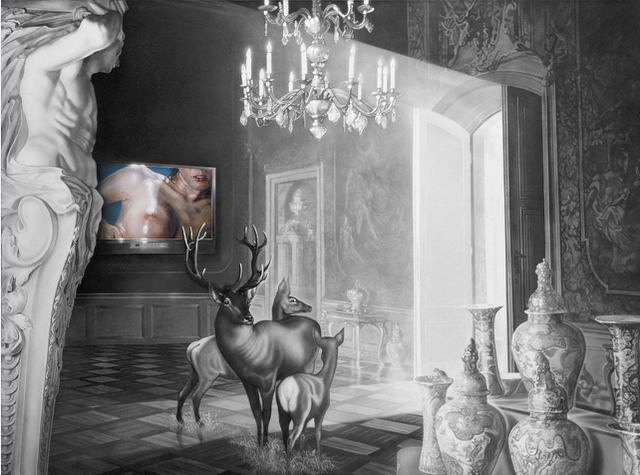 "In fact, we can see a dramatic (mythic) process in all the creations of external nature. The provings and therapeutic indications of homeopathy show how even elementary substances, as they embody characteristic personality types and traits, reflect and participate in the human drama of personality and in synchronistic events…. we can intuit it in the ways in which the dynamics of human life are synchronized with the movements of the stars and the rhythms of the cosmos."


[quote Edward C. Whitmont, MD, The Alchemy of Healing]
[artwork Istvan Nyari]
at 11:39 AM No comments: 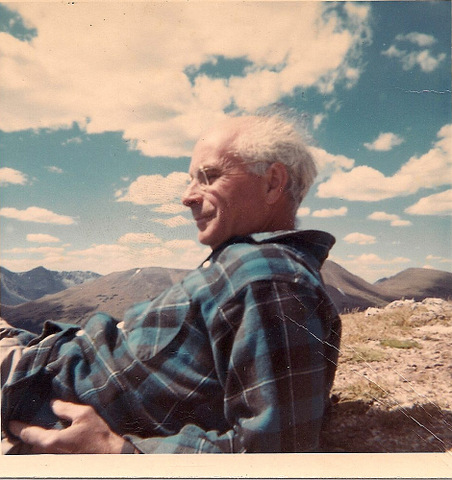 on edward christopher whitmont, jungian analyst homeopath:
he was a star and an inspiration, that's for sure! before he died i used to drive down to his home in connecticut to sit in on his group sessions where he would work with practicing homeopaths, i was a student observer, giving them ways to work with dreams and the psyche at a time when homeopathy was in danger of becoming overrun by behaviorists... he taught how to see beyond the literal symptoms, and more important, beyond the clinician's own bias of perception and judgements about the client....these adjustments are only possible with an understanding of the life drama's purpose-fullness and its cosmic, elegiacally-birthed sense of hope and story. permitting a view of human suffering without scolding or smothering it, framing it instead as sacred communicator, the teacher that is always there but so easy to misconstrue, whitmont left the river better than he found it.