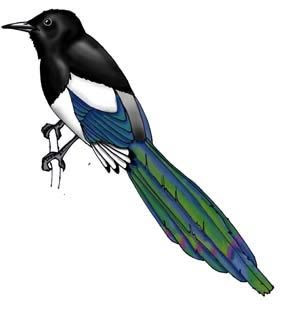 Long ago, there was a very poor but clever, diligent and honest boy who was orphaned at an early age. One day, he adopted an abandoned, old buffalo that proved to be very loyal to him and relieved the boy of hard labor in the fields. The two were inseparable and had a very good relationship. Villagers from near and far came to know the boy as the Cowherd.

Meanwhile, the youngest of the seven celestial princesses, who had grown tired of the privileged and secluded life at the heavenly palace, longed for a life among the common people. Although her feelings were considered controversial, the girl was determined to pursue what she deemed was her own happiness. She sneaked out of the heaven and descended onto the earth to meet the Cowherd, with whom she had secretly fallen in love with in the heaven.

The two were married and had a lovely boy and a girl. While the Cowherd worked in the fields with his farm cattle, the princess weaved at home to help support the family. The villagers all admired her excellent weaving skills and even learned from her. The girl was known as the Weaving Girl.

The family lived moderately but peacefully and happily until the girl's celestial family realized that the princess was missing and traced her back to the village. (It is believed that one day in the heaven is equal to two earth years.)

Mad with rage, the Celestial Empress gave her daughter two choices: return to the palace or witness the destruction of her husband and offspring. The princess had no choice but to leave.

But the buffalo, who was very old and near death, suddenly started to speak, much to the astonishment of his bereaved owner. He told the Cowherd to use his hide as a vehicle to catch up with his wife. Reluctantly, the Cowherd placed his young son and daughter in two baskets carried by a yolk and sailed off to heaven.

Seeing that the Cowherd was gaining on them, the Empress took out her hair pin and drew a big river across the sky, known to the Chinese as the Silvery River (the Milky Way in the West), to drive a wedge between them.

However, all the magpies in the world, deeply touched by the story, came to their rescue. Every year on the seventh day of the seventh month, they would flock together to form a bridge so that the family could enjoy a brief reunion.
at 1:22 PM