biting off more than one can chew can be an endearing quality, except when the struggling chomper's a polemicist who's proving inflexible of the changes or recantations required by mistress knowledge, someone apparently unaffected by the evolving and starker clarity of self evident counter report.

a better man bows to the fullest complexion possible on his subject, a lesser one digs heels in on old decisions and biases, making a mockery of any system of investigation's ability to grapple with inconvenient facts. tut tut. 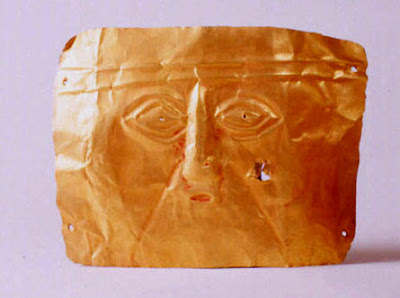 here's a link to the article,
and below a reply from James DeMeo, PhD,
Director, Orgone Biophysical Research Lab, Ashland, Oregon

ADVENTURES IN THE ORGASMATRON
How the Sexual Revolution Came to America
By Christopher Turner
Illustrated. 532 pp. Farrar, Straus & Giroux. $35.
REVIEWED BY CHRISTOPHER HITCHENS

In the classic confessional memoir “The God That Failed,” Arthur Koestler describes some of the characters who made up the constituency of his Communist Party group in Berlin in the early 1930s:

“Among other members of our cell, I remember Dr. Wilhelm Reich. He . . . had just published a book called ‘The Function of the Orgasm,’ in which he had expounded the theory that the sexual frustration of the proletariat caused a thwarting of its political consciousness; only through a full, uninhibited release of the sexual urge could the working class realize its revolutionary potentialities and historic mission; the whole thing was less cockeyed than it sounds.”

Pausing briefly to ask oneself how the word “cockeyed” translates into Berlin vernacular, one next inquires how the theory could have been more preposterous than at first appeared. Apart from his life of tireless and sensational debauchery, Koestler himself was famous for hitching his wagon to various movements of the paranormal and the extrasensory; he might have been expected to give Reich’s oddball theories a try even as both men spun off from the dying planet of Soviet Communism. But what is extraordinary is the number of apparently level and careful people who, in pursuit of the better and bigger orgasm, were prepared to lower themselves into Reich’s jerry-built “orgone box” and await blissful developments. One is not so surprised to read of the enthusiasm of try-anything-once artists like Allen Ginsberg, Henry Miller, William Burroughs and Norman Mailer. But how must Albert Einstein have felt, while engaged on his two weeks of study of orgone properties? (He did at least conclude that the “box” was an insult to the laws of physics.) Did Saul Bellow not succumb to the queasy feeling that he might be looking like a sap?

... read the full book review here and below a reply to this article from James DeMeo ...

What a shame that you did not personally investigate Dr. Wilhelm Reich's biophysical work, before accepting at face value what the non-scientist faux-literary and travel-book author Christopher Turner, has pronounced in his deeply flawed and biased "Adventures in the Orgasmatron". The title alone should have given you some pause. But it is fashionable these days to always laugh at the poor sot in the stocks, whomever it might be, against whom we can throw all our emotional crap, like the Muslims throw stones at the Devil-pillar in Mecca. Everyone then feels so much better. Was that you?

I'm not alone in that regard, of having replicated Reich's biophysics. Do you even know the published literature on this issue? Does any of that matter to you? Or must one have a big name, and big publisher sponsor an ad campaign and reviews for the Times to get your attention? Do you know anything about the history of scientific discovery, and repression? How the “mainstream” always goes with the reactionary pogroms against new discovery?

Turner surely knows the evidence in favor of Reich's biophysics -- he attended scientific conferences where such information was presented – which shatters his central thesis of "Reich the Crackpot". He deliberately does not mention any of it. He also fabricates a deceit against Reich, through a faux guilt-by-association with every kind of sexually-twisted example from the late 20th Century – also ignoring Reich’s frequent denouncements of the same.

You once wrote a book about Orwell, noting with accuracy something he said: "Lies of Omission are the worst kind of lie". Precisely because the ignorant won't even know they are being led into dangerous waters. That pretty much defines the Turner book, as well as what you just did, lending your otherwise good name towards yet another public auto-da-fe abuse of Reich's corpse.

Reich's work is a testament to the dangers of book-burning – I note, you said nothing about that. You might review my article "New Information on the Persecution and Death of Wilhelm Reich" to see how it wasn't the old "McCarthites" who engineered his death in prison, and the book-burning, but rather liberal-left-atheist Reds of various hues, including members of two notable Soviet spy rings. You can damn well read the article to learn the details. Here:
http://www.orgonelab.org/ReichPersecution.htm

This is doubly regrettable for you personally, because the orgone accumulator has a notable capacity to often (but not always) shrink tumors, reduce the physical pains associated with cancer, and stimulate a return of appetite, energy and vitality to those withering away, depending upon how far it has gone.

I'd always considered you a man of principle and decency, but this time you've gone way off the rails. If you can center yourself, and not merely react to my strong words, you might ask, just what is going on, and why, that people are so exercised after 50+ years after Reich's death, that they want not only to blame the worst aspects of the New Left sexual rebellion on him, but to also make yet another merciless round of "analysis" (eg, defamatory sex-smears and jokes) about the orgone accumulator -- which in spite of what the AMA or FDA might proclaim, is an authentic scientific and curative device!

PS. For my several scientific books on this and related subjects, do an Amazon.com search on my name.
at 12:14 PM