"We can complain because rose bushes have thorns, or rejoice because thorn bushes have roses." [Abraham Lincoln]
.
.
.
there was no denying that my breast was more stiff and swollen and the mass inside it noticeably getting larger as the day went on today. i'm not being paranoid, quite the opposite, i'm looking for and expecting a reduction, so this finding was not to my liking and most reluctantly admitted.

my radar was sending me warning signs about my conviction that juice fasting was the way to go for two principle reasons.... one, it really made me instantly weaker in a way i never felt before while juice fasting and i feel super strongly i can't afford to feel weak. two, i don't believe there's much benefit in juicing conventional vegetables because the chemicals employed to make them more convenient for agriculture, manage their growth and 'protect' them from pests doesn't just sit on the surface. you can't just peel them off or rinse them away. they affect the very cellular structure of the plant right down to its inherent vitalism. this got started a conversation about logistics. all the cancer books insist as i would that when juicing, organic produce is a must. but the truth is, as usual i have no money and we can't afford it. this led not to boohooing but to a constructive compromise and a fabulous revelation.

while we can't afford the bulk amount of organic produce for thrice daily juicing, we _can_ afford to keep me in organic vegetables for eating. i've come round to see this as a blessing in disguise as i almost keeled over in hot yoga today after just two days juicing. my blood pressure took a nose dive, i started to black out and my hearing cut out too. i spent nearly twenty minutes on my knees getting my wits back. more than anything i know i need to remain active, plus it stands to reason my body needs fuel to carry out the little transactions that will eat up those anarchic cells. breuss, by the way, has had great success healing cancer patients with his 42 day juice fast, there's no denying it, but his formula uses beet root and carrot and potato juice which are verboten for me since i will be on the candida-diet the rest of my life. there has to be more than one road to rome. surely if i'm eating the same foods i would be juicing and following the ketogenic guidelines as well (starving cancer of its glucose requirements by eliminating carbs and letting the healthy cells switch to fat for fuel) i should have good results just the same.

but here comes the pièce de résistance! armin was kind enough to do some research as well this morning and came across information on malonic acid, something i was totally ignorant of. hulda clark, in her book 'the cure for all cancers,' says this...


"Malonic acid is not natural for humans; nothing in the scientific literature indicates that it is a metabolite. It _is_ natural for plants. Certain plants, about 24 families of them, make malonic acid as a step in making their oil. But _animals_ only make malonyl Coenzyme A (a relative of malonic acid). There is never any free malonic acid in healthy animals.

There is a very important reason for never having free malonic acid in our bodies anywhere. Malonic acid is an extremely potent metabolic inhibitor. In whatever organ it is found, your metabolism is slowed down. In fact, it almost grinds to a halt. Then this organ can't use as much oxygen, nor make as much energy (body energy is called ATP) as it should. Consequently we make fewer amino acids and can't make as much protein as we should. This leads to lower immunity by reducing glutathione. The organ is extremely handicapped. There is even a direct effect of malonate on immunity.

Although the malonate forming food plants have other fine properties and are otherwise nutritious, the presence of malonate puts them off limits to anyone trying to cure cancer."


i've been bemused by my odd craving of late to eat a raw whole red onion with every meal, usually with sheets of nori seaweed as a chaser. guess what? red onions and nori seaweed top the list of foods high in malonic acid! my cravings were the cancer talking, wanting to feed itself on foods that hamper my body's ability to fight back! just like with the cover of a cystic appearance that made it seem at first so innocuous, those nafty cancer cells had me convinced i was doing my body good, eating all those onions, given that they're so rich in sulfur, flavonoids and polyphenols. this whole thing is quickly becoming about the deceptive appearance of things and having to dig much deeper than i ever thought necessary to get to the truth of things! the theme here is of being duped, of thinking something isn't harmful when it is, of thinking something's good for me when its not.

what's more, the trend of silver linings continues because luckily for me i can eat white, green or yellow onions as these have none of this troublesome malonic acid, only the red ones do. i can't tell you how relieved i am because for some reason i love raw onion and would hate to look forward to a life without them.

anyway, i'm SO much happier now that i can be a little bunny, eat salad all day long and keep to my yoga practice without making a spectacle of myself! now that i have the list of malonic-acid veggies to avoid i'll give the clark book a more thorough going over. she recommends doing a concurrent parasite cleanse with black walnut, clove and wormwood which i was doing a few months ago, so i'll return to that as well.

i admit its confusing to sort through all this often conflicting information, but i love it actually. its like being a detective and an experimental scientist rolled into one. when you're open to venturing and to spotting your mistakes, life guides you closer to the truth with a little help from providence... and when you remain a curious and eager student, knowledge keeps coming your way exactly as you need it so long as you don't get complacent or give up questioning everything. and one thing about me, i never give up. 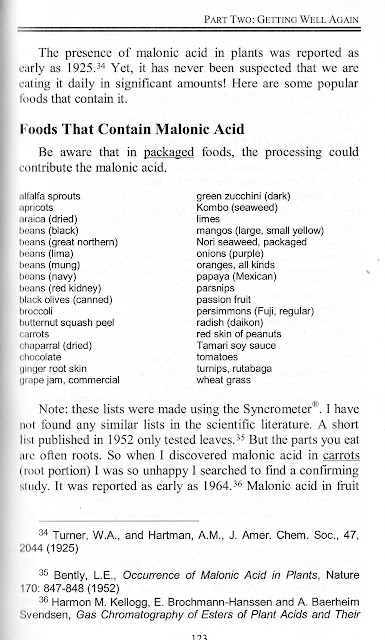 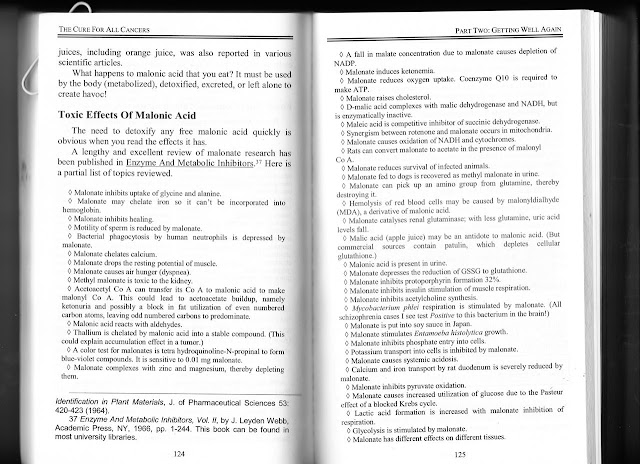 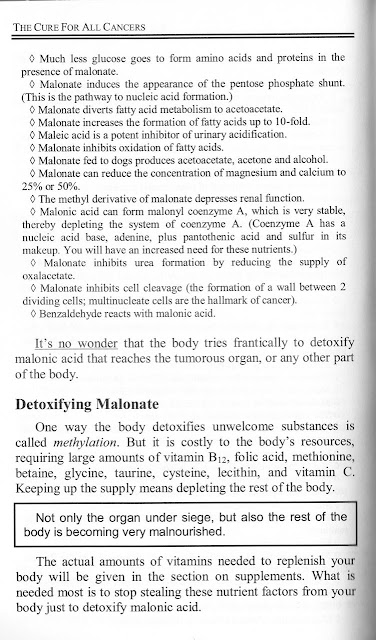