when you have roughly twelve days to shrink a tumour by your own powers, you secretly hope that you'll learn what can go wrong early on so that being caught unawares as to the rules of the game later won't handicapp you when to be handicapped would really hurt or even throw the game.

on the day that my tumour palpably shrank i was out in the world, being called into new and vital situations, and exercising my personality. i'd tweaked my dietary work and was feeling the way i always do when i have new understandings to incorporate, robustly improved... i had the chance to get out for a full day that began with a hot 90 minute moksha flow and ended in an evening of wild body shaking. it was through this shaking, something i'd never tried before, that i could experiment with letting myself surrender to sound and movement impulses, plus, understanding the unique opportunity being presented - a coming together of people who wanted to shake and not stand in the way of whatever experience arrived for the occasion - i let myself be transported from the moment they said go!

and go i went!

i didn't return home until quite late and i when i did i was in the genuine afterglow of a very powerful metaphysical physical experience.

that night and the next morning i could feel the tumour shrinking. i also was on the receiving end of a whole new set of communications from my body.

then it came time to travel to another city to celebrate my mother's 84th birthday. here i suddenly transited to a different world, one of strain and negativity. i know the routine with my mother very well. she will always begin any encounter in a soured mood. something is not to her liking, it becomes the circumference of her point of view, and she can't _not_ dwell on it or lead with it. in short, its the end of the world. she ate voraciously at lunch which relieved us all of the need for too much in the way of conversation but nontheless the usual soap opera dynamic fell like a shroud over our table. i knew there'd be not much there that i could eat, but i figured it would be safe if i ate some chilled cooked jumbo shrimp. in a result that was baffling to me, i overate, a fact i only realized after i had done it, and confirmed it when i had an attack of yawning which happens when i've eaten too much or the wrong thing.

i'd been moderating very successfully what i eat and when so as to maximize reduction of the cancer (eating later in the day and then only twice and during a 6-8 hour period so that i'm spending most of my day in fasting mode...) yet, to my dismay i realized as we were leaving that i really should only have had a very few shrimp, but that in fact i had three servings of them. i dressed them with lemon, sea salt flakes and cayenne, they looked and tasted extremely fresh and were well-cleaned, and i really got a lot of enjoyment from them.

when it was all over and we sang her happy birthday i brought out one of my paintings, the one of the old holy man, and told her i was giving her this painting of mine to look out for her, to protect her, to make sure she was always all right. it was pretty clear its wasn't exactly to her liking and she even tried a fast one that night when i came up to her room to hang it. i'd already figured on where to put it, above and behind her favorite chair... this way she would know it was there but not have to look it in the eye every time she sat down. just as we got to her door she stopped in the doorway and asked if i was going to take the painting back home? i said, 'of course not mum, i'm coming in to hang it on the wall for you, its my birthday present for you remember?' she said, 'oh." i know she would have preferred it to go away simply because she didn't understand it. i'm not sure why but i didn't take her up on her cue but hung it up anyway. why didn't i just roll with the punches and cheerfully take it back with me?

by the time we returned to toronto i could feel the tumour was big again and even slightly larger than when it was last at its largest. all of my testable values were far away from where i need them to be and they remained in this unhelpful zone through the next morning. it took me a few hours to piece together "what i'd done wrong" ... canceling out and even making worse the small achievement i'd worked so hard to create by lapsing as i did into an old identity and emotional state that empowers the cancer... i understand this stumble was an extremely fortunate one, one designed to show me my automatic behaviours, the behaviours that have to go to make space for a reborning self.

the moment i made that connection i was overjoyed. i'm at the point where i'm seriously ready to renegotiate my roles and how i show up in the world and what i'm aiming to accomplish, which means that i'm ready to transform before all else my family role. i need to put an end to anything that's brings me to harm.

i can't emphasize enough how getting such a gross result, one that clearly demonstrates the sharp contrast between worlds before me, those that are healing, those that are destroying, is an absolute gift of highest magnitude.

i was blessed with time on my own today. for the first time in months, i put on my music and started moving around and working with my way of chanting... i call it sonic yoga and it's intent is to stimulate and raise the energies just like shaking does, but through the ears and other places we perceive vibration.... as i started moving around and making sounds i understood in a flash i'd just stumbled up my salvation...! the thing that feels precisely like what i should be doing with my life and energies right now... moving, sound-making, letting the energy out.

ecstatic sound and ecstatic movement have a long lineage and are notoriously healing and transcendent for the human. i intend to create opportunities to lead groups in experiencing these therapeutic and healing sonic energies and their invitations to move....

today i'm getting my ship righted and my values back in the zone. it involves minimum input and maximum expression... i've been taking a few mouthfuls of turmeric slaw when my body asks for it, but otherwise i'm fasting, hydrating with the right teas, and i'm working with movement and the technique of getting myself into right mind for the work.

now that i know what works for me versus what doesn't, i will just be single-minded about following the right practices and paths... i can't afford a bad day that gives this cancer an edge. i have to really call on any resources of warriorship i have, and plan on filling in whatever missing pieces by sheer pluck alone... 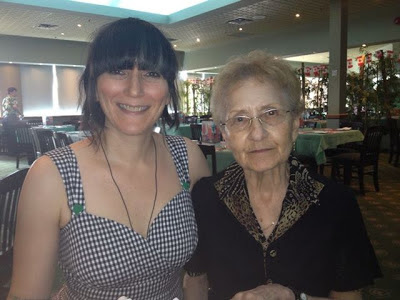